I always like to start with something personal, so please bear it with me!

When I talk about my journey to faith in Christ, I usually say that I became a Christian at birth since I was born and raised in a Christian home. But I know it’s more complex than that. I waited and hoped for my life to be transformed like the great stories and testimonies many others have told in order to accept Christ wholeheartedly. To be honest, I don’t know for sure at what moment I went from part-time Christian to full-time Christian. I can’t pinpoint that moment when I realized that Christ embraced death o give me life and I was blessed to have His life. It was, I think, more than a few series of events that have continually brought me closer to the point of understanding what a true believer and follower of Christ means. Little by little, I learned that Christianity was not a religion but a relationship I had to nurture with God. Since then, there was never a time in my life when I didn’t identify as a child of God. Sometimes, it was hard, but at least, I was no longer blind and knew where I was going.

Quite a long story, I know.

Anyways, the point here is that during my journey of discovering God, home renovation played a huge role in thrusting me into His world. It’s hard or weird to believe, but if God used a rod, a crown and even a whale to accomplish His purpose in His children’s life, what’s home renovation, right?

When my family and I first moved into our home in Canada, we found ourselves wishing that a lot of things about the house were different. So, we decided to remodel a few interior spaces, knock down a couple of walls, add a fresh coat of paint and enhance the functionality and aesthetics of the house with a modern look. That took about a few months to complete, but during the renovation process, I was struck by some similarities between remodeling a home and remodeling a soul. While I was taking something dull and making it beautiful, there were a few spiritual lessons I learned along the way. 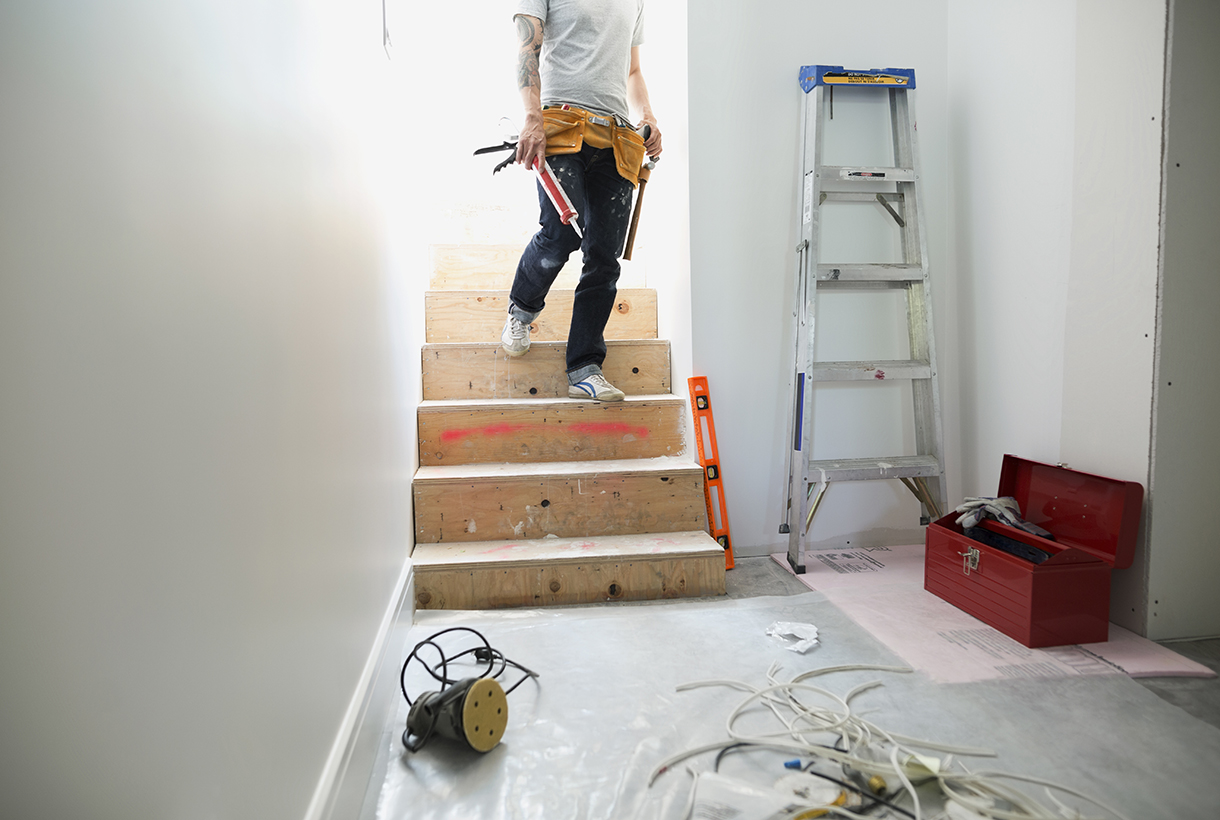 Since my dad was great at handling this kind of stuff, I didn’t bother hiring a contractor and thus, the renovation project was done beautifully yet economically. However, as nothing comes without a price, I had to put in tough labor.

During those months, my muscles were constantly aching, my hands were looking as if they had been through a third world war and my mind was hurting from learning all those new skills. I really wanted a pretty, warm and cozy house, but I knew it was going to take more work, effort and sweat to get there.

This made me wonder why we always thought that the Christian life was meant to be effortless. The moment we accept Christ as our Savior, we start living under His grace, but that doesn’t mean we won’t have struggles, we won’t have to fight and we won’t have to make the efforts to constantly seek God in everything.

Christianity is mainly recognized for its doctrine of grace, but we should remember the work and mission for which God called us to do on earth:

“As you go, proclaim this message: ‘The kingdom of heaven has come near.’ Heal the sick, raise the dead, cleanse those who have leprosy drive out demons. Freely you have received; freely give.”

“He said to them, “Go into all the world and preach the gospel to all creation.”

One thought on “Christian Home Renovations: Spiritual Lessons That Can Be Learned From Renovations”